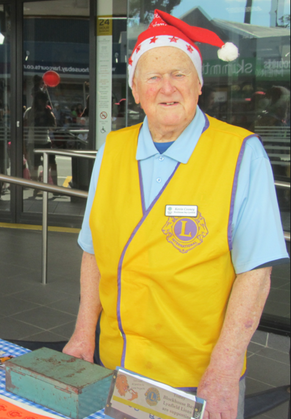 Kevin came into our Lions Club of Blockhouse Bay-Lynfield as a Privileged Lion in 2010 with the intent of relaxing after 50 years of Lions Service in several Clubs.
His last club Northcote-Birkenhead was closing and he was still keen to be involved with Lions, but to a lesser extent.
But Kevin being Kevin could not take it easy for long. He jumped at the opportunity to help in our monthly Market Day Sausage Sizzles, collecting the cash and chatting up the passing ladies. In fact he never hesitated to help with other projects where he could, the desire to Serve in the local community gave him a new lease on life and far from stepping back, he found more reasons to get up in the morning. Always first to volunteer to collect Genny Hanning and the CMF team support from the airport for our Mobility Clinic hostings, he enjoyed the interaction with the cerebral palsy children and their parents.
Proud to be the Charter Chairman with Mt Roskill Lions Club when they conceived the idea of Lions Club of Blockhouse Bay-Lynfield in 1977, he came full circle when he transferred in to us in 2010. He started his Lions career in1960 in what was then Waitakere Lions Club, with such illustrious names as Ron Thompson and Ian Clews, this club then became Henderson Lions around 1964. During that period, with Ron and a couple of others they helped chartered Helensville and Whangarei, then in 1964 chartered Te Atatu Lions with young Bob Stanic installed as Charter President.
Kevin was instrumental in forming Mt Roskill Lions, became a Charter member and was active in many offices during its existence. He stood for election of District Governor of what was then 202A, but some voting irregularity robbed him of that appointment. However he was made Council Treasurer. It was also as Treasurer of Blockhouse Bay-Lynfield Lions that he completed his service to Lions before ill health robbed him the ability to drive. Present members of Lions Club of Blockhouse Bay-Lynfield will miss his wry humour and his ability due to 57 years Lions experience, to guide and advise us on protocol and procedure. As our club re-births with renewed vigour with the influx of new Lions and the forming of a Leo Club we feel sure he will be looking down and be with us in spirit and regret newcomers will not know him. Rest in Peace Kevin.

Note: I am indebted to Kevin’s long time fellow traveller, Past District Governor 202G Ron Thompson for supplying historical notes for this all to brief bio of Kevin. 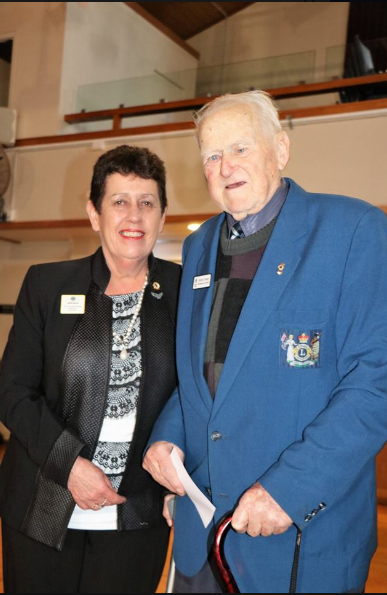 Remembering Kevin as many last saw him recently, being awarded the Melvin Jones Fellowship Extension by District Governor Elect Wendy Miller at our Club’s 40th Charter Anniversary, a club that he helped to Charter in 1977. For 57 years Lions Service. 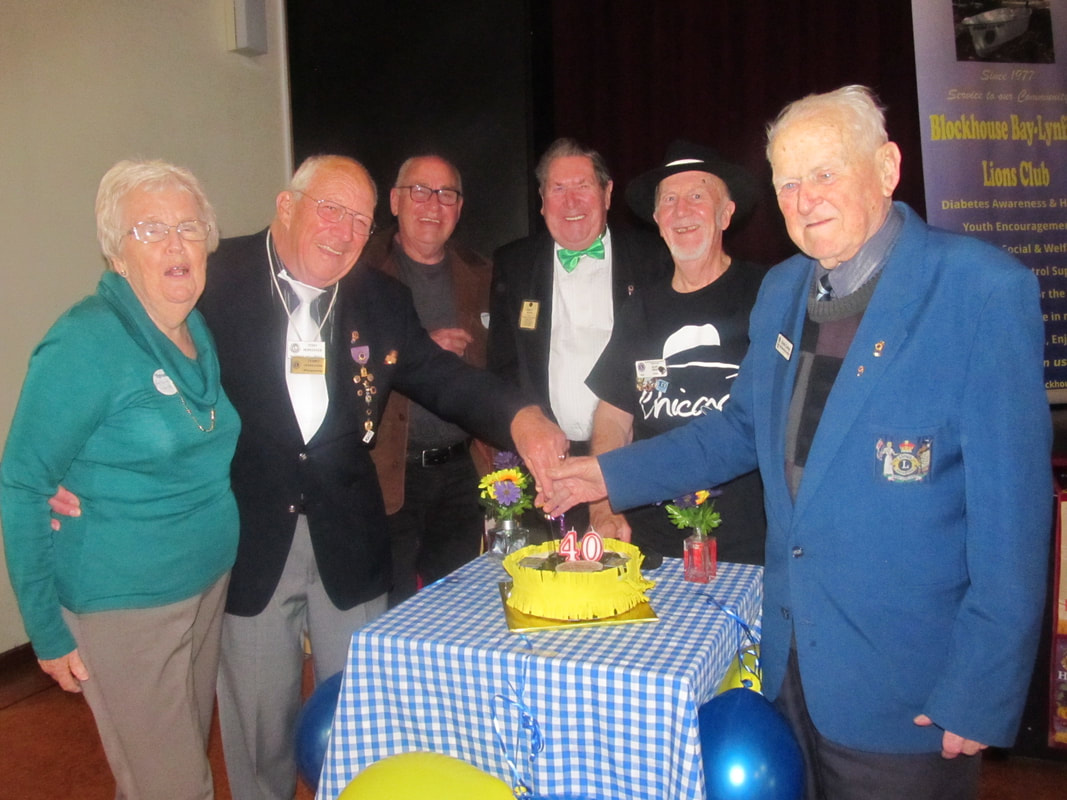 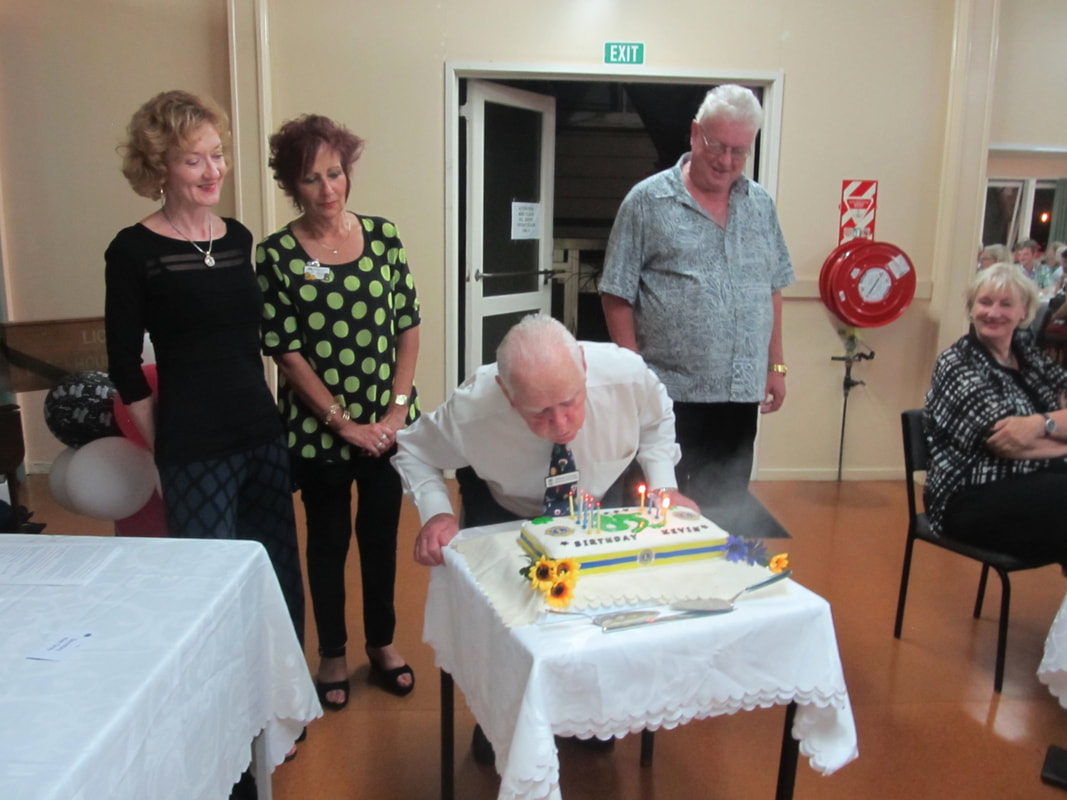 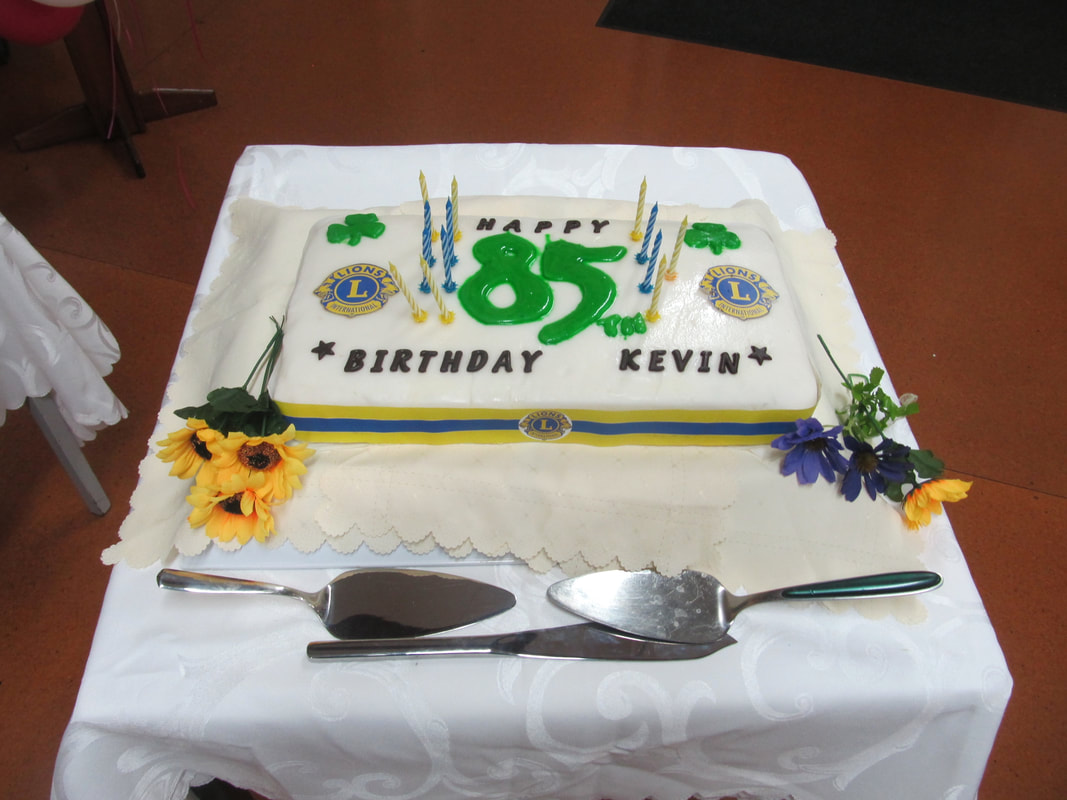